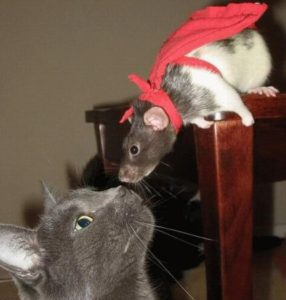 Men often get a bad rep for being closed-off when it comes to discussing feelings. Women, as we know, are able to talk for hours about hopes and dreams and feelings. If men seem less inclined to do so, it may be that they have good reason. I was surprised to read recently that one author claimed that revealing feelings is as uncomfortable for men as revealing our bodies is for women. It only happens in a place of trust, of intimacy. Anywhere less feels like a violation.

In an article for O, The Oprah Magazine, author W. Bruce Cameron wrote that ?as boys we [men] learn that any sign of vulnerability will mercilessly punished by our peers.? Women expect to be comforted in times of weakness, men often expect an attack. If you want the man in your life to open up to you more, he has to be able to trust you.

Trust takes time and effort, is easily broken and hard to restore but if you?re willing to work at it the reward is the relationship you?ve always dreamed of. Trust allows both of you to reveal who you really are. In spite of all the tricks we use to try and impress someone in the early stages of dating, intimacy is founded on knowing and being known.

If you want the man in your life to be more open with you, prove that you are a safe place by being more open with him. Be honest with him and make sure he can trust your responses. Men are not mind-readers (and neither are women). If he asks you if you are happy and you say ?yes? don?t assume that he will know you didn?t mean it. Let your ?yes? mean yes.

There is a myth out there that if your man truly loves you he will instinctively know everything about you. It?s simply not true. If you are looking for intimacy, stop playing games. Let him know who you are and invite him to do the same. Give him the opportunity to make you happy. Most people in relationships ? both men and women ? would love to give their partners what they want if only they knew what it was.

He needs to know that you will hear him out. Understand that opening up about feelings does not come easily for many men. If he takes the chance to open up to you, hear him out. Resist the urge to comment on what he is saying until he?s done. Think of the times when you are telling him something and he wants to solve your problem right in the middle of your story. Remember how much you appreciate it when he lets you finish? Men appreciate that too.

Men and women both have a need to know that they are being listened to and genuinely heard. Simply taking the time to actively listen without speaking shows your partner that you value what he is saying. Knowing that you value this kind of conversation may help him open up more in the future. If it?s really hard for him, but he knows it?s really important to you he may be more willing to make the effort.

Be a safe place

Ask yourself this: are you a safe place for your partner?s weakness? If he tells you that he?s concerned about his job or doesn?t know how to fix the car or is worried about his parents how do you respond? If he takes the time to open up to you about his fears he needs to hear that you still respect him. Reassure him that you don?t doubt his abilities and that you aren?t going anywhere. If he?s telling you that a decision he made has gone wrong, this is not the time to say ?I told you so.? Tell him that you appreciate the strength it took to be honest with you. Men always like to hear about their strength and when they?re feeling vulnerable, it?s a particularly good time to mention it.

Whatever you say let him know that you are on his side and that you will guard his confidences. He needs to know that what he says to you stays with you. Lasting relationships are built on trust and trust has to stand the test of time. If there?s a chance that his revelations will be the topic of conversation at the next girl?s night out, you can?t blame him for clamming-up.

Trust doesn?t just naturally happen between two people, even if they love each other. It takes work and if you?ve been hurt in the past it can be especially difficult. Building trust takes time. You need to show your partner that you are trustworthy a

nd that you trust him in return. If he knows that you will listen to him without judgement and will keep his secrets he?s much more likely to be willing to talk about those awkward feelings we women seem to like so much.